The development of land at the old railway allotments continues to cause consternation among residents – with concerns about:

The matter was discused in detail at our Drara meeting this week.

Following reperesentations from the community on both sides of the tracks, a slow worm survey is now underway to check for any remaining reptiles – who may have survived excavations to date. Residents affiliated to Drara and Srara are busy researching issues around the development to ensure any work going forward is legal, safe and has minimal additional impact on our local environment.

The focus of this months’ meeting is HMOs – Houses in Multiple Occupation. Shared rented houses are an essential part of the housing mix and our neighbourhood has a high density of them. Cllr Tracey Hill, who has been working exensively on co-ordinating community and Council responses to the issue of HMO’s, will be speaking at the meeting. 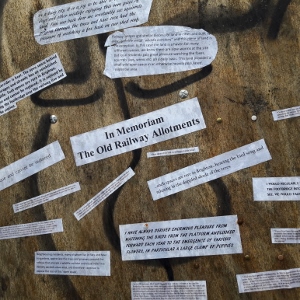 At the January Drara meeting residents expressed concern at the clearance of former Old Railway allotments – the stretch of land sandwiched between the Open House pub and London Road Station. Despite numerous attempts over several decades by local groups to have the area designated as a park and wildlife area, planning permission was granted in 2009, for the development of four two bedroom houses, when BHCCs refusal was overturned by the Planning Inspector.

Many residents were surprised to see the sudden clearance of vegetation in December, as the site has for years provided a green screen, and is home to wildlife.  While this isn’t strictly in the Drara area, it is very visible to us, and the issue has been looked into in more detail by our neighbouring resident group, Southdown Rise at their January meeting.

It appears that planning conditions may well have been breached, as orignal wildlife surveys found slow worms on the site. Planning conditions state that the prior to development a survey must be under taken and any slow worms rehomed. While a survey was undertaken, this was done at a time when slow worms are hibernating. The issue has been raised with local councillors Leo Littman and Julie Cattell, and our MP Caroline Lucas who have all made enquiries as to what’s going on. In the meantime, a petition has been set up by Clare Tyler to save the slow worms – for anyone concerned to sign. 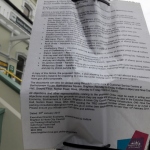 Having been discussed for some time a bike share scheme is set to start on our streets this summer. A three year contract has been awarded to Hourbike who run other schemes including Oxford and Reading. Bikes will be available from 50 hubs across the city – and one of those hubs will be at London Road Station. Drara members met with council officers to discuss the best siting for the hub – and were successful in ensuring the proposed site has been moved – from outside homes on the west side of Shaftsbury Place to the north end, outside the station. Prior to installation of the hub a Traffic Regulation Order is required and a planning notice is currently displayed outside the station. Any comments are needed by Feburary 10th. 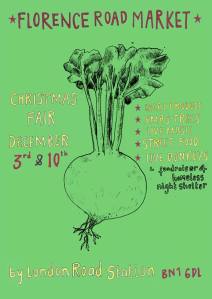 On Saturday December 3rd and December 10th our neighbourhood on the other side (of London Road Station) is hosting the regular Florence Road Market along with some festive fun. Lots of goodies are promised including live music, live donkeys alongside festive produce from regular stall holders. The market is 10 am until 2 pm – partying is set to continue for the afternoon and is a fundraiser for the homeless night shelter.

Local historian Geoffrey Mead will give an account of the decline and resurgence of London Road as our local high street.

Southdown Rise Residents Association invite neighbours to bring friends and family to their community Christmas party on December 3rd. From 2 – 7 pm at One Church Southdown Avenue, there be food, drink, live music and activities for kids.

The next London Road Area LAT meeting is on Tuesday 4th October – 18:15 for 18:30 at Calvary Church, Viaduct Road.
The agenda will include:

Agenda and previous minutes are to be found on the London Road LAT website.

Residents in Shaftesbury Place and Drara were notified by Brighton and Hove CC in late August of the planned Brighton & Hove Bike Share scheme which is due to launch in May 2017. It is proposed to site a cycle hire docking station on Shaftesbury Place and the council have sought views on this and confirm the final list in ‘autumn’.

The scheme will be similar to public cycle hire schemes operating in other cities for use by residents and visitors, with the docking station or ‘hub’ one of fifty across the city.

At a committee meeting on September 7th Drara discussed the proposal to locate a docking station on the west side of Shaftesbury Place – outside a residential property. We understand that the site chosen would not take up a parking space as there is no parking here currently.

While the committee support the plans for cycle hire, members agreed the proposed site is not fit for purpose for the following reasons:

These views have been put to the council and a site meeting requested to review the options. 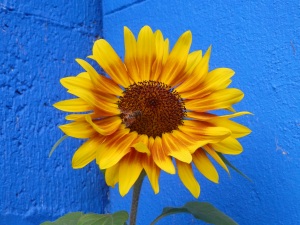 As summer gets into full swing its time for the annual Drara gathering at London Road Station. Everyone in the neighbourhood is welcome and its a great opportunity to come and meet your neighbours and find out what’s been going on in the area. Tea, coffee, soft drinks and cakes (and any snacks we can make with produce from the station garden) will be available. The station ticket hall, with its terraces overlooking Shaftesbury Place, is a lovely venue on a summer evening.

One of our ward Councillors and now Mayor of Brighton, Pete West, will be addressing the meeting.  We’ll be reviewing issues that have come up over the last year, as well as electing officers and committee members to keep the work of the association going. If you’d like to get more involved,  get in touch. Also, we’re looking for a new Chair and Secretary so don’t be shy – get in touch if interested and you want to find out more.

We also hope to be hearing from neighbouring community groups, so you can find out more about what’s going on nearby.